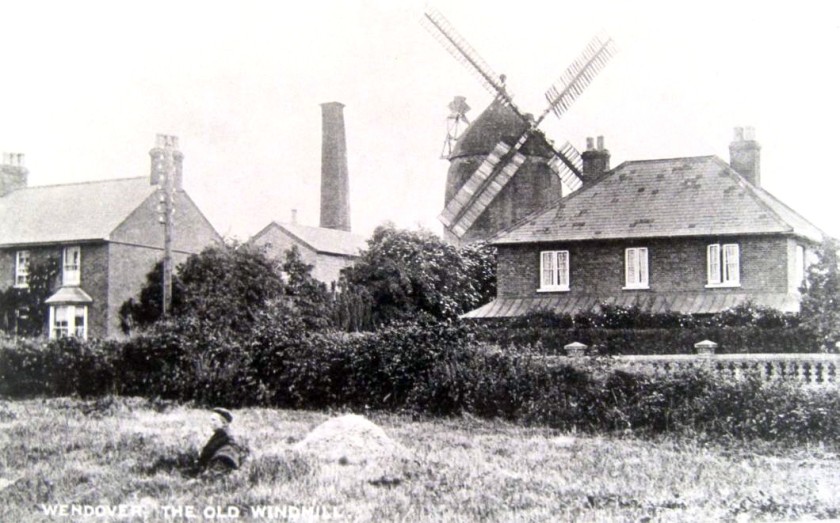 Although long shorn of its Sails & Fantail, this Tower Mill retains sufficient majesty to convey the clear impression that, in its heyday, it must have been an Emperor among Windmills.  With its massive walls and broad outline, and its colossal Cap — possibly the heaviest in England.  Wendover Windmill was built by John Phillips (1776-1843), but it is possible that his father, Zachariah (1745-97), a prominent local Landowner, commenced the work.  It is not known exactly when the Mill was erected for although the date “AD 1796” appears on a stone plaque above the Front Entrance, Milling did not commence until 1804.  It is recorded that the initials “JS & JT 1804” are carved into one of the massive internal beams on the 2nd floor, probably by its Millwrights, but these are no longer visible.  The Mill’s situation was possibly chosen for close proximity to the Wharf of the then recently opened Wendover Arm of the Grand Junction Canal. 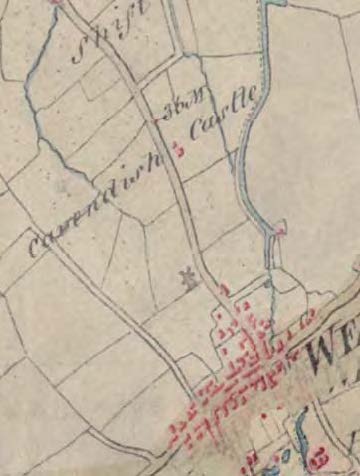 It is thought to be one of the largest in England, (Summerall et al 1989).  The Windmill ran conventionally until 1843 then converted to Steam Power.  Under its new owner Frank Purssell it ran as a viable concern until the turn of the 20th century.  By this time Wendover had begun to expand and new housing soon enveloped the Windmill.  This new Building was believed to have reduced the Mill’s exposure to the Wind and lessened its effectiveness. The Mill ceased working in 1926 coinciding with the General Strike.  It was converted to a Residence in the same year as the Wendover Paradise Mill (1931). 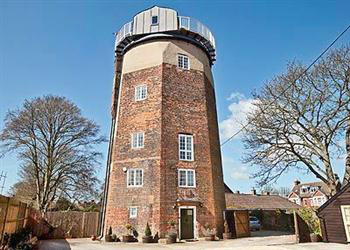 Tall tapering Octagonal Tower of Brick, partly Cement Rendered.  Ogee shaped Dome covered with Aluminium with similar shaped Dormer, projecting and Balustraded Platform. Irregular 2-light Casements and Door with segmental Arches. Sails removed in 1904 when an engine was installed. Ceased working 1926. Converted to house 1931, Roof altered 1947.  The Structure, an Octagonal 5-Storey Tower Windmill, is among the largest in Britain—it is said to have been built from 500 tons of bricks carried down in Panniers by Donkeys from a Brickworks Kiln in the Shire Lane locality of Cholesbury/St Leonards, possibly along the Ancient Packway now called Hogtrough Lane. The Mill stands approximately 66ft high. The base is 26ft in diameter and 3ft thick, the latter dimension being plainly apparent when looking through the lower windows from within the Mill.  The Walls taper to about 2ft in thickness & 20ft in diameter at the Top, their corners being nicely chamfered just below the Cap to lead up to the Curb. The Mill Tower is massive, reputedly built from 500 tonnes of bricks, and internally does not taper (though the external taper is accounted for by the walls narrowing as they rise up through the 5-Floors).
Driving 3 Pairs of Stones with the whole of the gearing complete:  12HP Steam Engine & Boiler with high Shaft, driving 2 separate pairs of Stones; and the necessary Dressing Machines & Gear together with the Granary Storehouses, Cart Sheds & Stables. 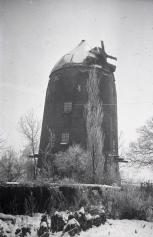 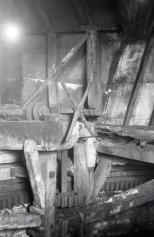 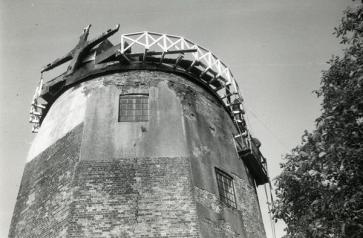 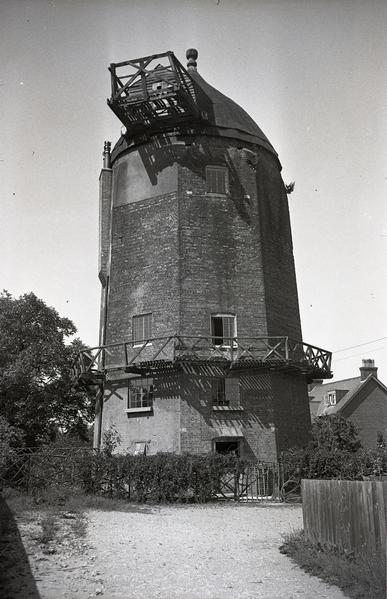 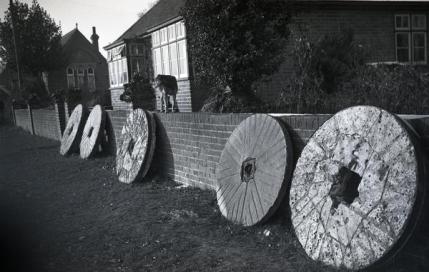 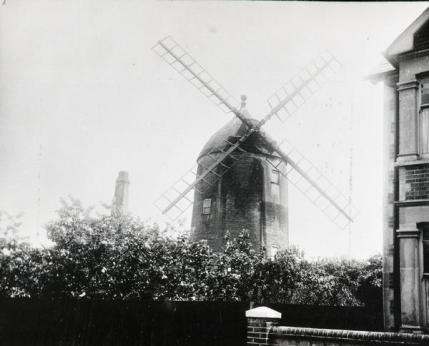 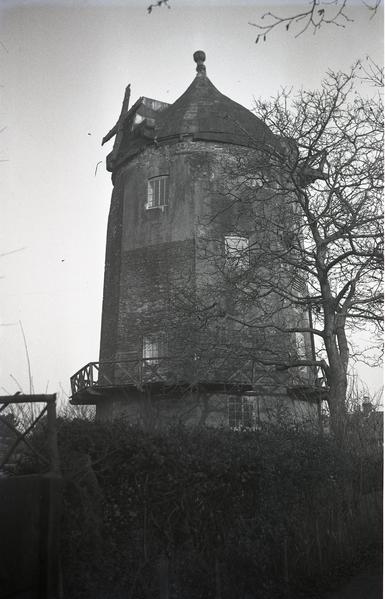 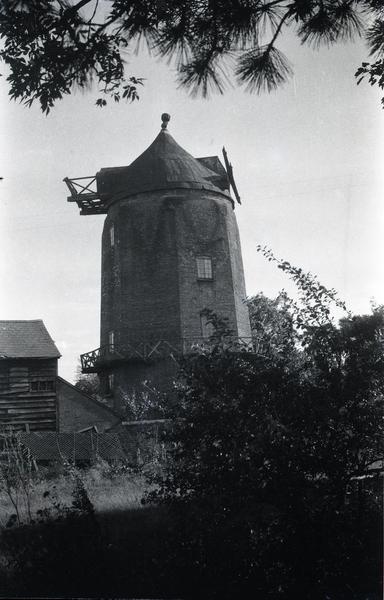