These eel-bucks were picturesque things.  They are placed generally in backwaters out of the course of the regular navigation, in parts where the stream runs very sharply; a stage is raised up like a little wooden bridge, on the down-stream side of which a set of square frames like gallows is erected; up these frames the eel-baskets are raised by small wooden windlasses. When the baskets are up, there is just room for a boat to pass through the square opening underneath; all the passages of the water above are fenced off, so that the fish are forced to go through the bucks on their way down, the backwater becoming a sort of funnel, with the baskets as strainers at the end of it. There is often a small passage at the side, through which a boat can get past the bucks.

The Fine Art of Trapping Eels

The smaller traps being known as ‘grig-wheels’, or ‘ground-wheels’ particularly in the south, in official documents like the Thames Conservancy Acts. In times past small eels were known as Grigs by the River Men and ‘weel’ may be derived from a Saxon word for a wooden Fish Trap,  also used for any deep pool or eddy in a River,  the sort of place where eels might be got. The biggest Traps were called ‘bucks’, the name for any large Basket – although big traps were also known as Pots. Their spirit lives on in the small island on the Thames, Buck Ait, on the stretch above Shiplake Lock near Sonning.  In the 19th century, the Bucks on the shore of the Island and in St Patrick’s Stream on the opposite Bank a little way upriver were a Hazard to Navigation.  If a river had eels, it had Traps, which meant that they were found almost everywhere: at one time they were common on the Chalk Streams. The curvaceous works of Wicker art that were once the Trademark of each Family that made them. 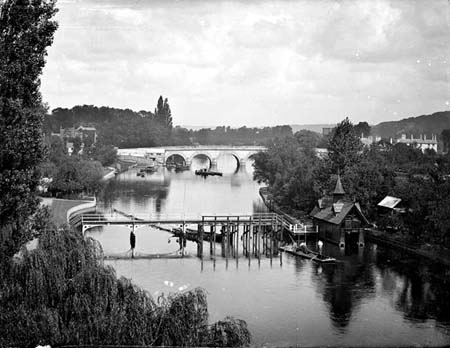 Eel Trappers were a varied lot.  Millers knew very well how much money there was to be made from eels and they didn’t miss a trick, which is understandable, given that all they had to do was lean over and pull up their traps out of the race and on a good night, there might be a thick knot of black gold writhing around inside, ready to be sold with the flour in the morning.  Money for nothing and more to be had tomorrow, though it was a seasonal catch and dependent on the weather, dark windy autumn nights being the Miller’s Prayer. Others were faced with a more difficult choice. Upstream and down of a 19th century Mill an otter in search of dinner might come across a Grig Weel or 2, usually shaped like large crayfish baskets that could be bought baited, weighted and stoppered for 7s 6d each.  These items were made with wide circular mouths and one side flat so that they laid comfortably on the bottom, and although sometimes they were tied to a stake in the Bank with a piece of twine, very often the position was marked with no more than a snapped branch or a knot in a Reed. 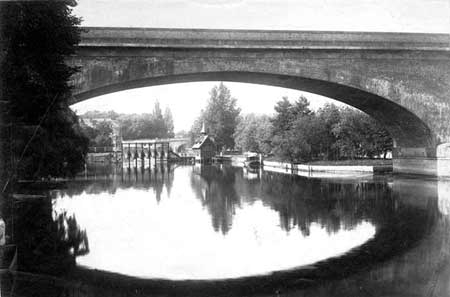 The 2nd Cone is usually only just large enough to admit a good-sized eel, the sharp edges on the soft willow canes bending to let it in, but making it difficult for the fish to find its way back; the more sophisticated Traps use a cunning arrangement of willow ‘petals’ that separate to allow the eel through on the way in, but completely bar its way back out. When the Trap is lifted, the owner holds a sack over the ‘downstream’ end, releases the Bung, and pours his catch out. It is one of the most efficient ways of catching fish ever devised, given that a well-made trap could be expected to last 2 or 3 seasons if the Owner remembered to dunk it in the water occasionally during the Summer to stop it drying and splitting. Considering how little effort was involved and there must have been worse ways of living, but if you wanted to catch eels on a commercial scale, you needed to build a stage and mount a Team of 6 Eel Bucks.

Grigs were weighted with a flat stone at either end and the standard method of fishing them out was to use a boathook or a grapple, which made retrieving them a slightly chancy business, but the chance was worth taking. Grigs were laid at dusk with the mouths facing downstream, the idea being to catch small eels on their way upstream, attracted to a bait of gudgeons or fish gut. 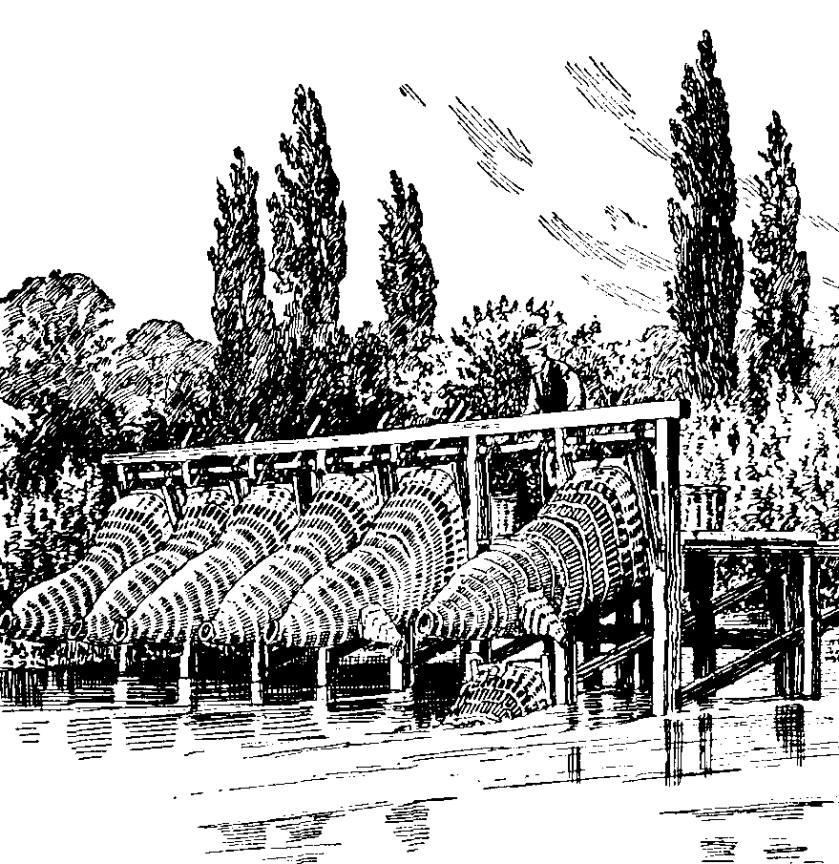 The last ones built in the traditional style with Wooden Frames vanished so long ago because for such an efficient instrument, there was something indecently sensual about them.  Stages had to be carefully placed because although they could be very productive, the season lasted 3 months at most – unlike grigs, the mouths of Bucks faced Upstream, because they were used to catch migrating adult eels. The ideal place for a Stage was where a strong current formed as a big river split around an Island – hence the obstruction caused at Bucks Ait, or by the set that used to exist just below the Bridge at Maidenhead.  Bucks mounted on Stages were the largest sort of eel traps made, most of them fully 9 or 10ft long, with yawning mouths and a Siphon woven in at right angles near the Downstream end in which the eels would hide from the current.  When the run began in October, the eel Men would go out each afternoon and lower the Bucks using a Windlass, the Frame that held the Buck sliding down in a groove between the Stage and movable posts called ‘rimers’, the bottom ends of which were slotted into Staples fixed into the base of the Stage. Raising and lowering Bucks was usually a 1 Man job, but in very heavy Water, an extra hand might be needed to help push the Traps underwater using poles braced against the Frames.  The theory had it that most eels were taken between 9 & 12pm and when the Bucks were raised in the morning, each was emptied by pulling out a pin that held a Wicker Stopper over the finely woven end of the Buck. On a good night, the take from a Team of 6 Bucks could top 56lbs, which, considering that eels sold for a 1/- a lb in the 1870s, wasn’t bad money at all.

Bucks were such heavy things that they were normally left mounted on the Stages all year round. Made as they were from green willow, the colour of the baskets varying from olive green to brownish-purple and set against the weathered timber of the frames, many sets were extraordinarily Picturesque.

Eel Traps were such a commonplace, pictures of bucks mainly turn up as a handful of engravings, although the River and Rowing Museum at Henley has images buried in their collection.  Even in their heyday, these Traps seem to have been subject to something of a conspiracy of silence, with the result that now, it is as if Eel Bucks did not exist and the name is at risk of extinction.